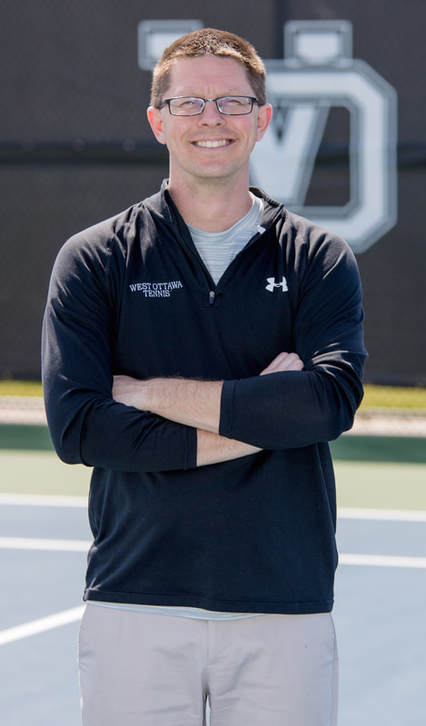 Varsity Coach: Peter Schwallier
Coach Schwallier is entering his 14th year as the Varsity Coach for West Ottawa Tennis.  He played tennis at Coopersville, and then attended Grand Valley State University, where he played tennis and earned majors in Mathematics and Social Studies.  As a player at GVSU, Coach Schwallier was a two-time ITA Scholar Athlete and GLIAC All-Conference Honorable Mention. Through college he worked as an instructor at Ramblewood Tennis and Health Club.  After playing collegiately, he was Grand Valley's Assistant Tennis Coach for a year, then served as Coopersville's Varsity Coach the following three years.

In 2007, Coach Schwallier moved to West Ottawa to teach math and to coach the Varsity Men and Women at West Ottawa.  In 2012, Coach Schwallier formed WOcademy, now serving about 150 K-8th Graders each summer/winter.  In 2014, to improve as an instructor and coach, Coach Schwallier became PTR Certified as a High Performance Trainer and in 10 & Under Instruction.  At West Ottawa, Coach Schwallier teaches STEM Algebra II and Intro to Computer Science (Python).  Pete is married to Pam, and has two children, Landon and Avery. 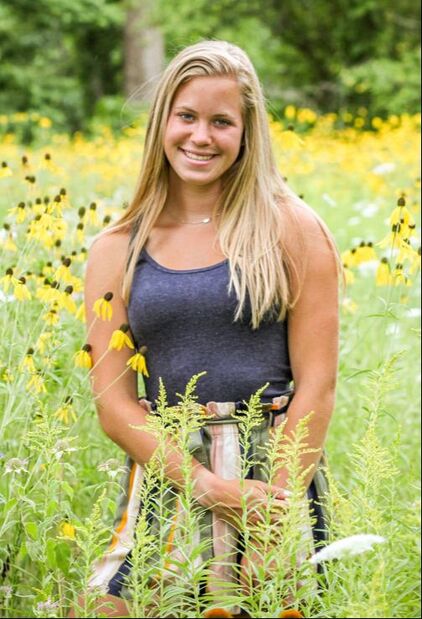 Varsity Assistant Coach: Kayla Wolma
Kayla Wolma is a Freshman at Hope College who is majoring in Business and minoring in Kinesiology. In addition, she is enrolled in the Professional Tennis Management Program and is expected to graduate in May 2024.

Ever since Kayla was in elementary school, her favorite thing to do was play tennis with her dad. She learned so many life lessons throughout the years with her dad and looks forward to bringing the lessons she learned to the team. She is excited to form personal relationships with all of the girls and to help them grow as individuals and players. She is thrilled to be a part of the tennis program at West Ottawa! 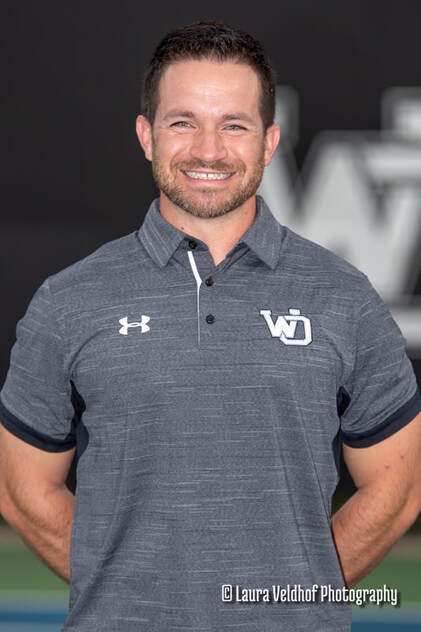 Varsity Assistant Coach: Brian Metz
﻿﻿Coach Metz has been with the West Ottawa Tennis Program for six years. In those years at West Ottawa, he has:

​
​At West Ottawa, Coach Metz teaches a variety of Physical Wellness Classes at Waukazoo & Lakewood Elementary. He is married to Courtney and the two of them live here in the West Ottawa community. 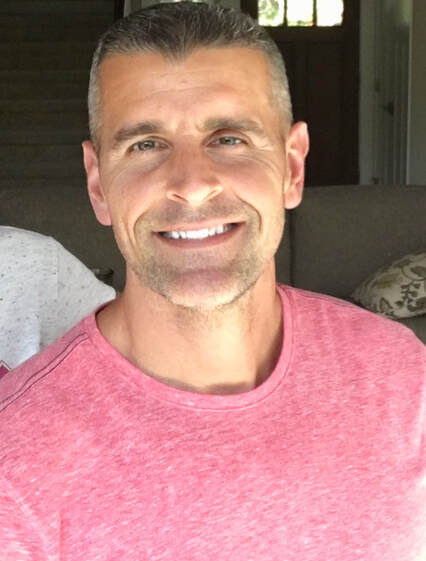 Women's Tennis Strength and Conditioning Coach: Andy Blake
I received a B.S. in Kinesiology from Michigan State University in 2000.  While there I had an opportunity to be a Student Strength and Conditioning Coach for the Football program.  It was a great experience to work with Elite Athletes and see just how intense they train.  After college I was a personal trainer at Michigan Athletic Club but very quickly realized my passion was working with athletes.  I had to put that on hold as my wife and I started a family in 2004 when our son Brandon was born. I then became a stay home dad and almost 2 years later welcomed our daughter Megan into the world.

I've coached soccer, track, and helped out with tennis at various levels as my kids have worked through the ranks. What I have found is my passion is working with middle and high school athletes.  It's very rewarding to see them make noticeable gains and see their confidence grow exponentially.

Even though programs have come a long way since I was in school, most kids have never touched a weight or think they are going to turn into a big beefy bodybuilder. In fact its quite the opposite. I take a common sense approach, by creating a fun, positive environment to help them become better tennis players.

I am really excited to be working with the tennis program!